​The Broadview stockpile is a very high grade stockpile of ore that was mined in the early 1900’s and has been sitting on surface since that time. Emmens (1914) states that between the 60 level and the surface, the ore was stoped and the richest portion sorted and shipped. Emmens states that between 1909-1910, 73 tons of ore were shipped 0.05 Oz/ton Au, 40 Oz/ton Ag, 38% Pb and “appreciable copper”. There was no mention of zinc, although it has been observed in high concentrations in the Broadview Dump.
​
Broadview is the highest grade stockpile found at surface at Thor, and incorporates approximately 1,449 m3 of ore. A total of 109 stadia survey stations were measured on the stockpile, and these gave a very accurate map of the surface of the stockpile in addition to extensive sampling for grade. The Broadview stockpile will contribute nearly 3,000 tonnes of ore to the planned 10,000 tonne bulk sample. If successful, gravity processing can be used to begin production from the in-situ resource at Broadview immediately. Revenue from the sale of mineral concentrates produced from the Broadview stockpile will pave the way for large-scale mine development at Thor. 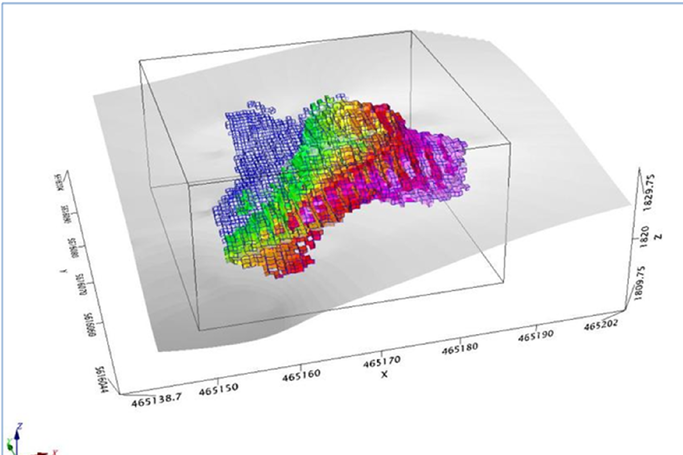